Find yourself in the center of it all in the energetic heartbeat of San Diego’s busiest neighborhood.

Find yourself in the center of it all in the energetic heartbeat of San Diego’s busiest neighborhood
Flush against the waters of the San Diego Bay, the Downtown San Diego community is the undeniably vivacious epicenter of the country’s eighth-largest city. Glimmering office towers and busy city streets create an urban epicenter brimming with lively bustle and invigorating nightlife. Downtown is composed of several distinct neighborhoods that each come with their own flair and identity.
From the Marina District to Little Italy, downtown has diverse options meant to suit a variety of lifestyles.
The city was incorporated in 1850, and the growth of streetcar services helped fuel the growth of the downtown district in the early 20th century. Since then, the city has exploded to a population of nearly 1.5 million residents, though downtown only houses around 37,000.
Due to the variety among neighborhood personalities, there’s a myriad of architectural styles and residential offerings throughout downtown. Historic Victorian homes speckle some of the older districts, while luxe condos, penthouses, and apartments make up a great deal of the skyline — particularly along the banks of the bay. The million-dollar high-rise condos here have panoramic city views, incredible amenities, and the prestige of living in some of the most coveted real estate around.

Downtown San Diego is ideal for young professionals and new transplants to the city who want to stay involved in all the action. Shoppers, foodies, and nightlife connoisseurs will delight in the sheer abundance of things to do downtown, and those with high-end tastes can enjoy luxury living right at their fingertips.

Exploring the commercial areas of downtown is like a treasure hunt with a new gem to be found every few steps. Whether you’re in the more upscale, refined East Village district and ready to hit up local boutiques and classy little cafes or ready to dive into the active bar scene and cultural institutions, downtown has it all.
Stand-out restaurants in the area include The Mission, which carries a unique menu of healthful breakfasts, and Chino-Latin-inspired dishes. Artful is the word that comes to mind when encountering their culinary presentations, and the laid-back vibes invite diners to sit and enjoy the people-watching opportunities. J & Tony’s is a San Diego classic, and the food ranges from gourmet deli sandwiches and cured meats to indulgent espresso drinks. Extraordinary Desserts inspires with their range of sweet treats, such as cupcakes, candies, whole cakes, pastries, and ice creams.
To get a true sense of downtown’s dynamic grandeur, visiting The Gaslamp Quarter is an absolute must. During the day, The Gaslamp Quarter is packed with shoppers browsing upscale boutiques and grabbing a bite at the array of eateries, as well as performing arts enthusiasts taking in a show at one of the many theaters. After sunset, renowned dance clubs, dive bars, comedy clubs, rooftop bars, and late-night tapas at upscale restaurants are just a few of the exciting nightlife venues available.

It’s inconceivable that anyone could be bored when living in Downtown San Diego. Whether you’re a sports fan, a die-hard history buff, or a live music aficionado, downtown has you covered. The newly expanded San Diego Convention Center, for instance, hosts a multitude of events, including comic cons, international auto shows, and educational conventions.
At Petco Park, the San Diego Padres play their MLB home games and provide a classic all-American ballpark experience for attendees. More than just a sports field, the Petco Park was designed to include spectacular views of the San Diego skyline. The marina neighborhood houses the USS Midway Museum, in which visitors can step aboard the historic aircraft carrier and learn first-hand about its extraordinary story. 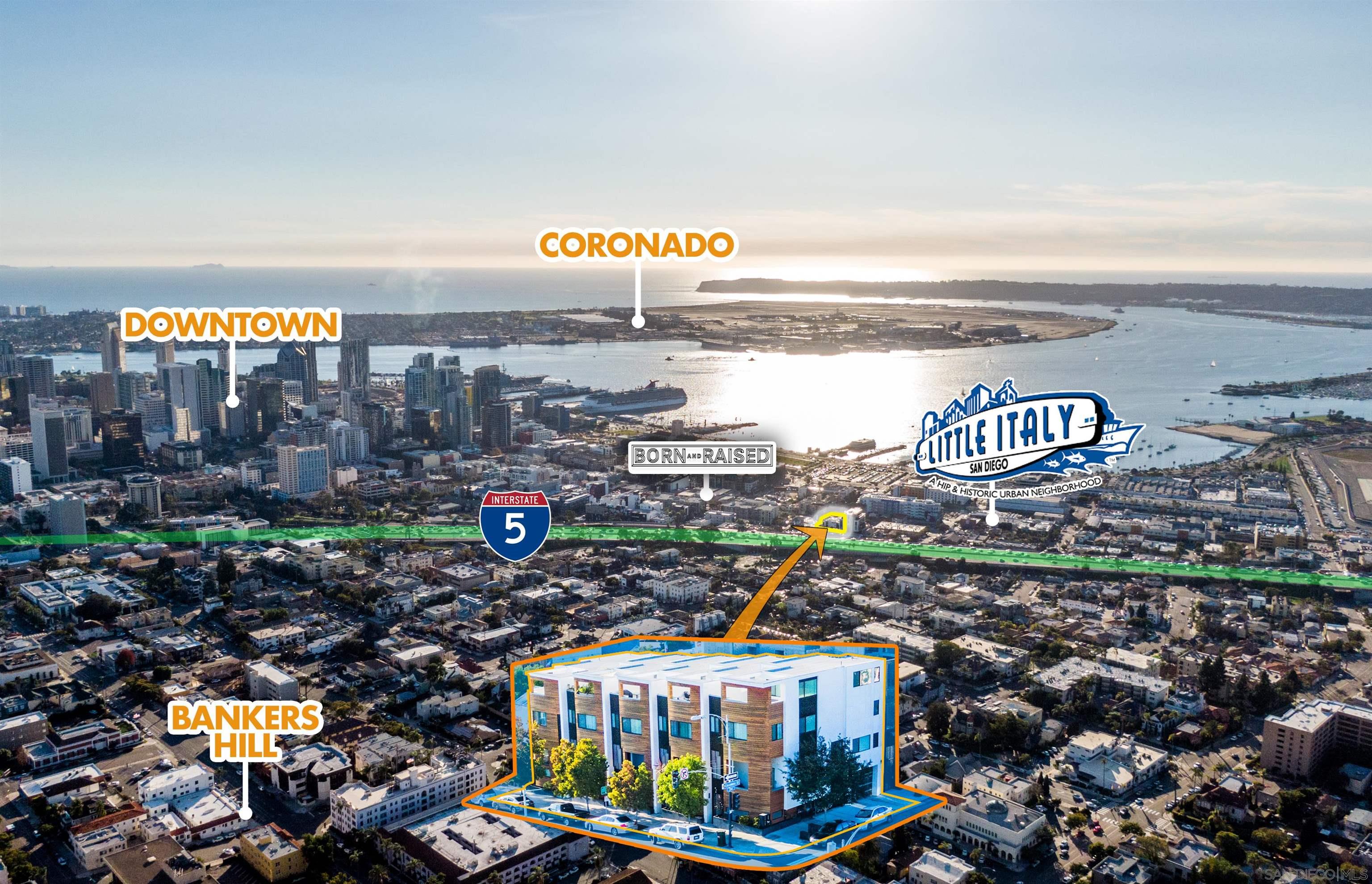 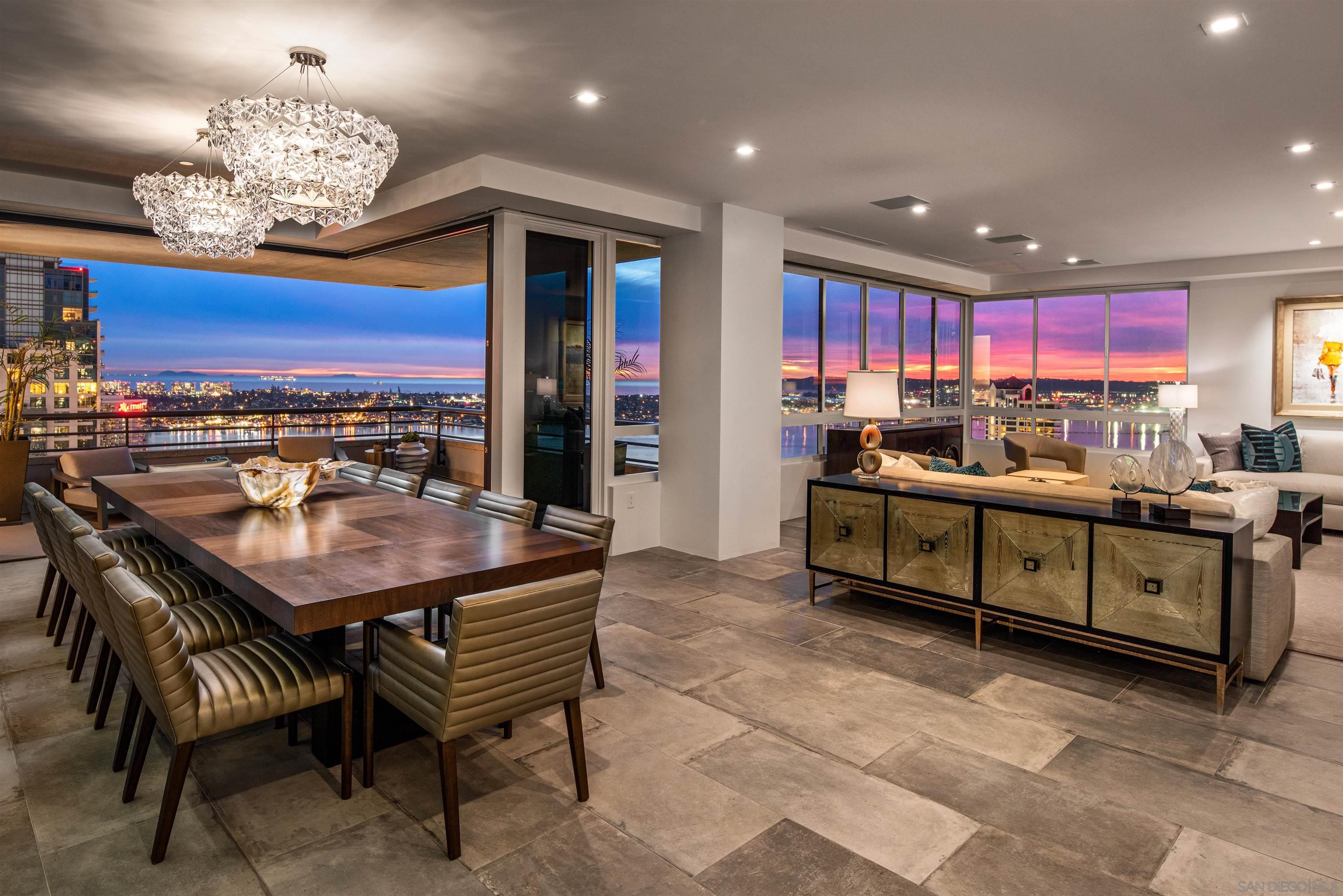